Today,15 May is the day we were supposed to join thousands around the world to use the power of photography to create, share and compare perspectives on daily life. I had been following intermittently www.aday.org and knew it was today but other than charging the battery hastily in the morning there was little chance to pick up a camera and go wandering on a heavy work day.

Just after 5pm I made my escape – but by then chances of catching something new was slim — where and what to photograph. What should I remember of this day?

There were the visitors to the World Press Photo 2012 exhibition:

Then the street outside the Drik office and my oft used environmentally friendly transport – the rickshaws; 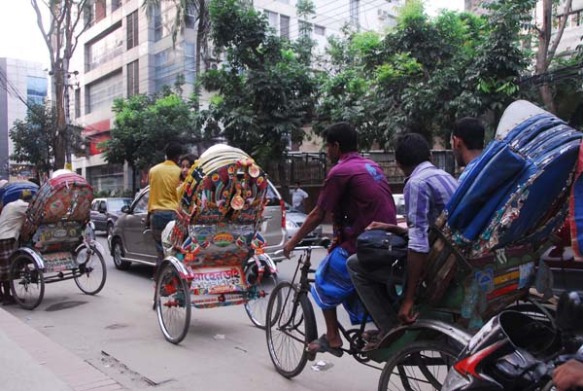 I also met the talented duo of photographers just outside the gate at Drik. They were more than amused that I was even thinking of submitting photos to the aday.org.

The man at my favourite corner shop didn’t want to be photographed and as I walked past the new Apple computer shop, I saw this little girl so engrossed in her computer. 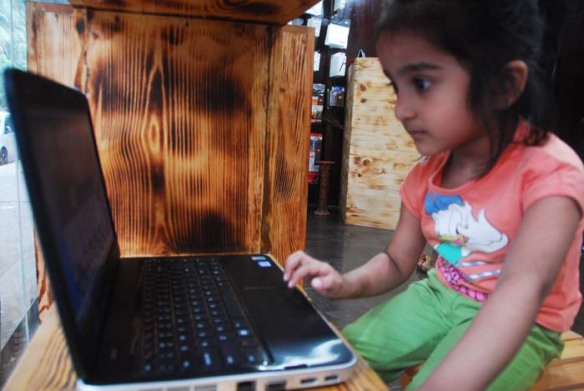 As I looked at her through the glass door, she raised her head, winked at me and smiled. I met her Mum inside and asked for permission to take her photo. She politely greeted me, when requested by her Mum. But having done that, 4-year old Rabita was back at her computer in a jiffy. She completely immersed herself in her computer game, and scarcely gave me a glance as I struggled to catch a good shot of her. This was a truly a born into the techie world digital citizen, like my own granddaughter Tara. Well, the photos today will preserve the day in my memory.

Thanks aday.org for prodding us out with our cameras. Good memories to hold on to.

join thousands around the world in using the power of photography to create, share and compare perspectives on daily life! Don’t miss it! You can upload your