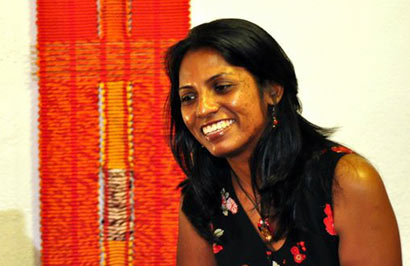 By Rohan Samarajiva
Feb 02, 2014  – On the morning of the first Sunday of February 2014 I felt as though the ground I stood on suddenly disappeared.
I learned from a tweet that my friend and leading economic journalist Mel Gunasekera had been murdered in her home. How could this happen?She was in the prime of her life. She was not sick. She was not run over by a bus.She was stabbed and killed in her home, a place I had dropped her off at. How could this happen? Let posterity settle the why question. But how could this happen to someone so good, so vivacious, with so much to give?

I met Mel in 1998. I had come from the US and just started work at the Telecom Regulatory Commission. She was also recently returned from the UK after her degree and was working at the Sunday Times.

I recall her telling me how she walked home from work preferring the exercise to being groped in the bus.

I got to know a lot of journalists during my time at the TRC, but she and Asantha Sirimanne were special. In these young people I saw the possibility of an enlightened public discourse on economics, a subject sadly neglected by our media.She then moved to Lanka Business Online to become its editor. She kept suggesting that I should write a column when we met on and off after my return in 2002.

And finally, a month after the 2004 tsunami over dinner at my house, I said yes. Thus began my Choices column in LBO, now going for almost nine years. What she told me in the nicest possible way about keeping it short and having lots of paragraphs, I followed. Mel will live on in my head, telling me to keep it short.

She should be writing my eulogy, not me hers. The young should not predecease the old. We should have built a country where a young journalist could take the bus with no fear and spend a Sunday morning in her own house without getting murdered. The war brutalized us. Killing became nothing.

We built fortified houses that were death traps should the perimeters be breached. What should we do? Put electric fences and fortify them further like my friends in South Africa have done? Or break down the walls and encourage eyes on the street?

I would have so loved to have this and many other conversations with Mel. Why were we too busy to enjoy her company while she was alive?

You lived well, Mel. We are bereft.